Let’s talk about cancel culture: is it time to opt for nuance instead?

We’ve all heard the term “cancel culture” in recent times – maybe you’ve even experienced it first-hand. The politically charged term, meaning to boycott someone’s whole being, has been linked to everything from the de-sexualization of the Green M&M to Donald Trump’s rants about freedom of speech.

A growing number of media personalities and celebrities (Chrissy Tiegan, Joe Rogan, Dave Chapelle, to name a few) have been cancelled in recent times for their problematic behaviour. While we’re absolutely not advocating that everyone that gets cancelled isn’t deserving, we can’t help but wonder if condemning these people actually does more harm than good.

So, we wanted to take a closer look at the roots of cancel culture, how we got here, and how we can all learn from thought-leaders on accountability and leading with compassion.

What actually *is* cancel culture?

Cancel culture refers to withdrawing support (cancelling) public figures or companies after they have done or said something considered offensive. These days, cancel culture is often performed on social media as a way of group shaming, but the impacts reach far beyond the digital realm, with very real consequences.

While cancel culture may seem like a relatively new phenomenon, the idea has been around for decades and was originally used as a tool for marginalized communities to assert their values against public figures who retained power and authority, even after they’ve committed wrongdoing.

The phrase “cancelled” has been long circulated within Black Culture and is referenced in Nile Rodgers’ 1981 single “Your Love is Cancelled.” As Aja Romano reported in Vox, the idea of cancelling a whole person originated in New Jack City – a 1991 crime-thriller – where Wesley Snipes plays a gangster named Nino Brown and uses the term as a misogynistic slur. When Brown’s girlfriend has a meltdown because of the violence he’s caused, he dumps her by saying, “Cancel that bitch. I’ll buy another one.”

The term gained more steam in 2014 after appearing in an episode of Love and Hip-Hop: New York. Music executive Cisco Rosado ended an argument with his girlfriend by telling her, “You’re cancelled.” The term began to pop up on Twitter and continued to gain steam from there.

Proponents of cancel culture cite the tool’s effectiveness in combating wrongdoing to demand change – especially when it comes to societal issues like racism, misogyny, and the LGBTQ+ community’s fight for equality.

In 2016, many notable members of the film community, including director Spike Lee, boycotted the Oscars because of the lack of diversity among nominees. Lee was quoted in The Guardian, saying, “How is it possible for the 2nd consecutive year, all 20 contenders under the actor category are white?”

The Academy, for perhaps the first time ever, was forced to reflect as pressure mounted. Actress Jada Pinkett Smith supported Lee’s decision, taking to Twitter: “At the Oscars, people of colour are always welcomed to give out awards, even entertain,” she wrote. “But we are rarely recognized for our artistic accomplishments. Should people of colour refrain from participating all together?”

The message was heard loud and clear. In 2019, the Oscars set a record for the most wins by Black nominees ever, with six wins in total.

It’s clear from the 2019 Oscars that cancel culture can create meaningful change. But in other cases, it’s difficult to determine what exactly has been achieved.

In May 2020, Alison Roman, a chef and former food writer for The New York Times was interviewed by The New Consumer, where she criticized model and entrepreneur Chrissy Tiegan and minimalist icon Marie Kondo. Roman effectively called them sell-outs for having their own product lines (while simultaneously promoting her own).

“The fact that it didn’t occur to me that I had singled out two Asian women is one hundred percent a function of my privilege (being blind to racial insensitivities a discriminatory luxury),” Roman wrote. “I know that our culture frequently goes after women, especially women of colour, and I’m ashamed to have contributed to that.”

The fallout was swift for Roman, but it opened up a larger discussion about inclusion and representation in the culinary industry – Roman’s viral 2018 recipe, “The Stew,” is essentially a curry (a dish native to India) – a fact she had failed to acknowledge.

Twitter user JacquesStraw wrote, “This is what’s wrong with cancel culture. I had no idea who Alison was before this weekend, but reading this, I thought, “That’s how you do an apology.” […] If people are never redeemable, what good are apologies?”

Did Roman deserve the criticism? Absolutely. But we don’t need society tearing down yet another woman, which is where the surprising turn of events occurs. Less than a year later, Tiegan was “cancelled” for past tweets targeting model Courtney Stodden – who was just 16 years old when the bullying took place. Tiegan has since lost three lucrative partnerships with Bloomingdales, Macy’s and Target and quit Twitter due to the backlash.

And those who seemingly can’t be cancelled: Joe Rogan

In 2022, Joe Rogan is synonymous with the term “cancelled.” But as the most successful podcaster in history, with 11 million listeners, he can’t easily be stripped of his platform.

In May 2020, Spotify announced a $200 million deal with the comedian and Ultimate Fighting Championship (UFC) commentator to host his extremely popular podcast, The Joe Rogan Experience, exclusively on the platform.

Rogan is no stranger to controversy. In fact, he often welcomes it by hosting guests such as conspiracy theorist Alex Jones and Vice co-founder Gavin McInnes. But, Rogan found himself in his biggest firestorm yet after hosting two extremely well-credentialed doctors, Dr. Peter A. McCullough, a board-certified cardiologist, and Dr. Robert Malone – inventor of the nine original mRNA vaccine patents – who both expressed concerns about vaccine efficacy and safety.

The episodes sparked debates about the dangers of covid misinformation and incited over 270 scientists, doctors and nurses to sign a petition to Spotify calling for the implementation of a public misinformation policy. And others joined in solidarity: musicians Neil Young, Joni Mitchel, and India Arie pulled their music from Spotify in protest of Rogan.

Spotify has since deleted over 100 episodes of The Joe Rogan Experience and has added advisories, directing listeners to covid-19 information and resources. But the problem with Rogan is that he can’t easily be pigeon-holed as anti-science because he can’t be pigeon-holed as anything, really. Despite the compilation video where he uses the n-word a shocking 24 times on his podcast (for which he has apologized), he’s also referred to Barack Obama as “The best president we’ve had in our lifetime.”

Rogan’s murky politics and contrarian tendencies lead him to toy with many ideas, including those from the fringe and what many may deem as dangerous ideology. Whether you think Rogan is a menace to public health or some kind of anti-hero, it doesn’t seem like he’s going away anytime soon.

Why some thought-leaders are calling for nuance instead

Because of the internet, the power of the few has shifted to the power of the many (especially with notable advances like web 3). It’s an exciting time and we shouldn’t give this newfound power away so easily. But, if we condemn everyone who doesn’t share the same opinion as us, it becomes a very slippery slope.

In July 2021, Africa Brooke, a consultant, accredited coach, and international speaker, wrote an open letter entitled “Why I’m leaving the cult of wokeness,” which sparked new conversations and raised eyebrows. Brooke, born in Zimbabwe, wrote that she’s afraid of existing in a world that forces her to submit to an ideology without question or risk being cast out of the community.

“If we do not agree on every single thing, it’s a sign that we are interacting with an enemy – or at the very least, someone to be widely suspicious and judgemental of… instead of another complex human being worthy of being seen and heard, ” Brooke wrote.

Brooke isn’t the only one campaigning for more compassion, empathy, and understanding. Other thought leaders, such as best-selling author and podcaster Brené Brown, are calling for nuance in the age of misinformation. In January 2022, Brown paused both of her (also exclusive) Spotify podcasts – Unlocking Us and Dare to Lead – until the streaming platform publicly published its misinformation policy in response to the Joe Rogan controversy. Brown received harsh criticism online, with commenters telling her she was “cancelled for cancelling people.”

As thoughtful as ever, Brown published an update on her decision on her website. “Both censorship and misinformation are threats to public health and democracy,” Brown wrote. “Rather than falling prey to believing that we have to tolerate one to protect against the other, our collective well-being is best served when we approach debates and discourses with curiosity, critical thinking and a healthy skepticism of false dichotomies.”

Spotify has since published its misinformation policy, and Brown is back on the platform.

By publishing this article, we hope to contribute to the ongoing conversation about cancel culture and its impacts on society. While we realize it’s hard to agree on much these days, we hope we can agree on this: we must individually be held accountable for our actions, learn, grow, do better, and collectively, forgive.

We believe in freedom of speech, freedom of expression and the freedom to create above all else. But as humans, we will always, always make mistakes. You do what’s best for you (unless, of course, you are infringing on the rights of or hurting others). The world we live in is incredibly fragmented and nuanced – but we hope the nuance is here to stay.

Carte Blanche Studio is Toronto’s leading creative agency, and we love learning and interacting with the world around us. Visit us online to learn more. 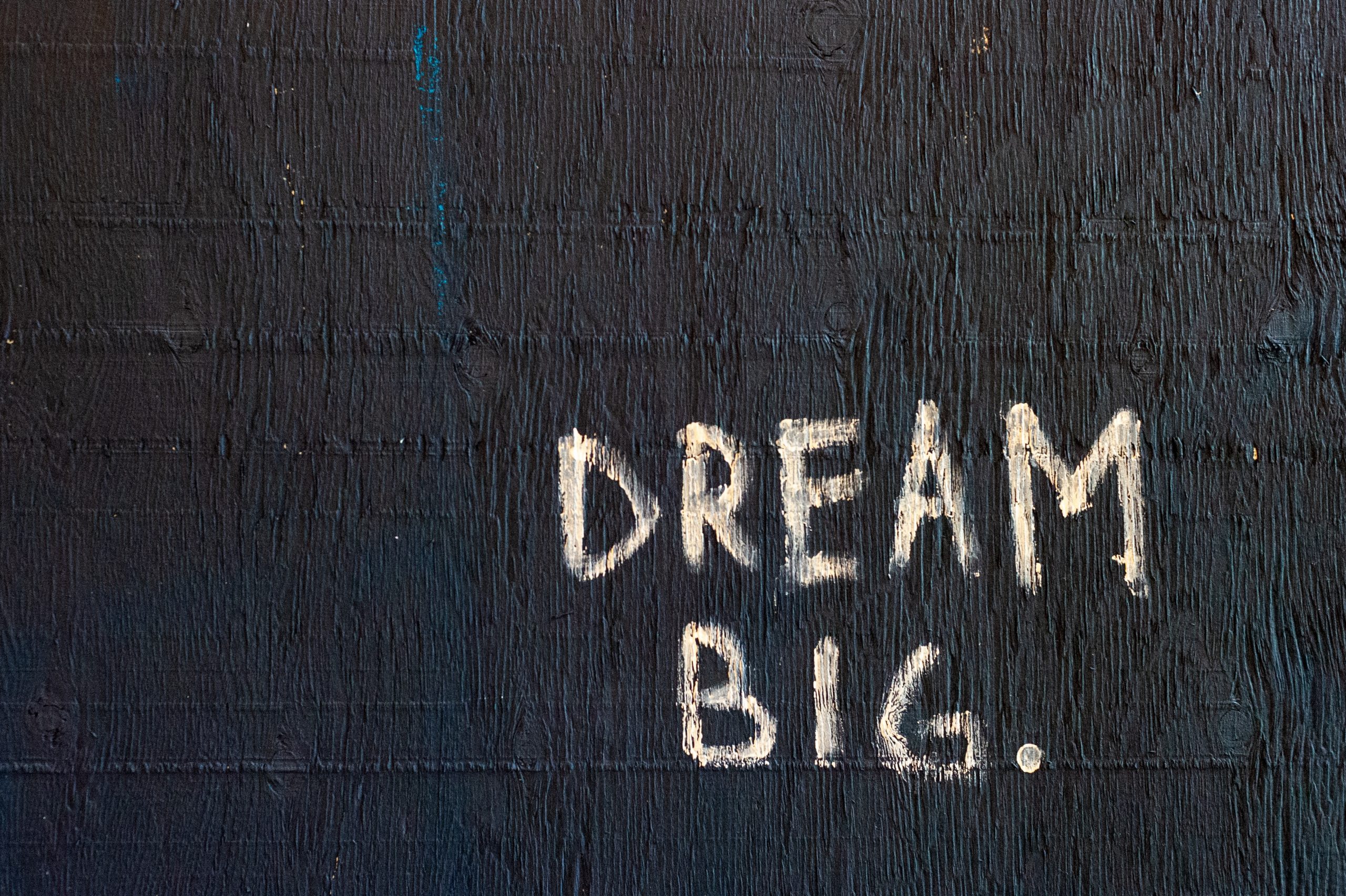 2022 is officially in full swing! Whether you’ve been steadily chipping away at your goals or are

The 6 a.m. run. The hour-long commute. The rushed lunch date. A pal’s art show after work. Home we 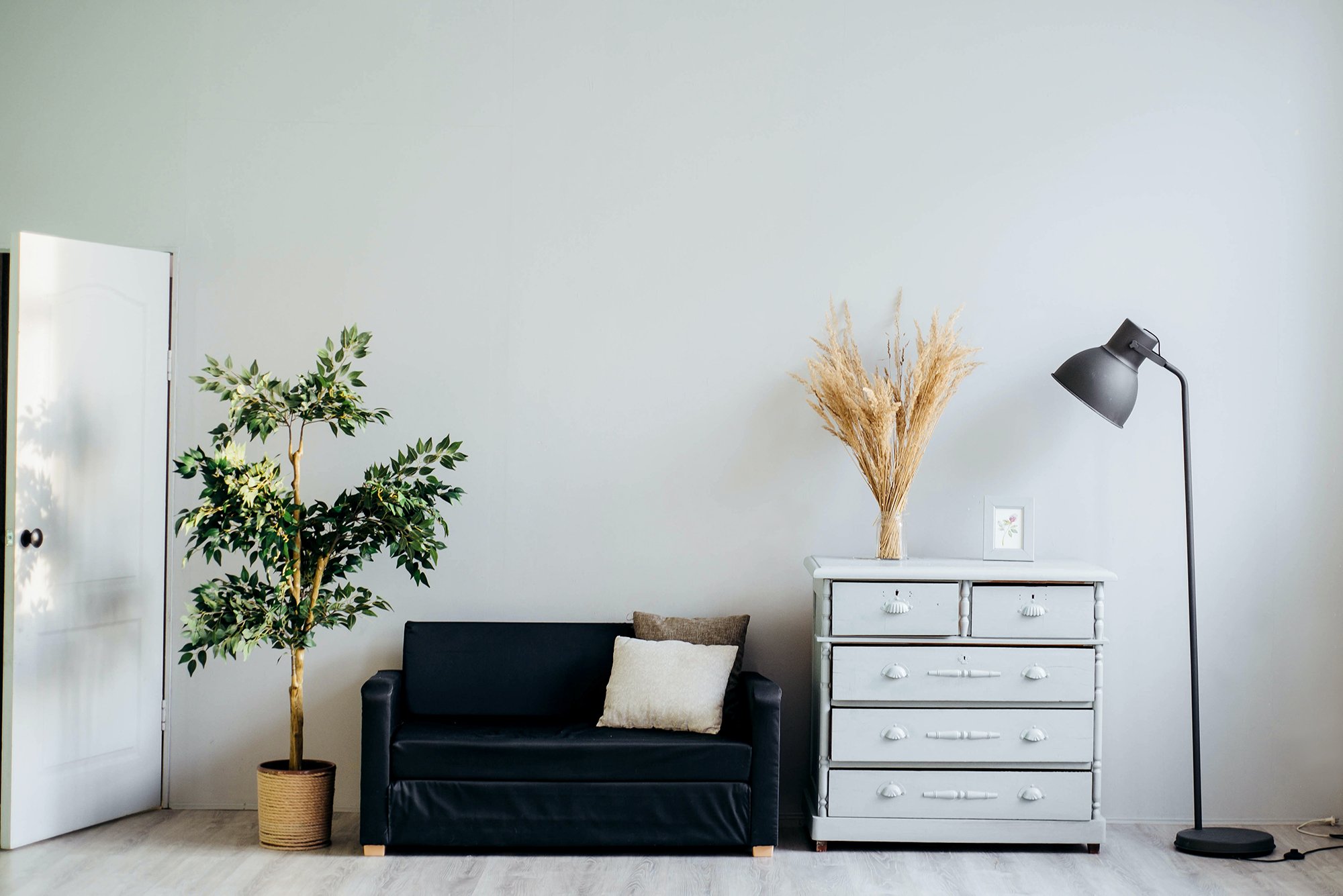 Slowing down: investing in ourselves, our homes, and our communities

The 6 a.m. run. The hour-long commute. The rushed lunch date. A pal’s art show after work. Home we